When I was a kid, one of my teachers commented on the planned building of a new high school in Tulsa. He said what a stupid move it was and predicted that the school would close in a few years due to lack of students. For some reason, his words stuck with me, unlike his instructions on how to diagram a complex sentence.

Sure enough, Charles Mason High School closed its doors in 1979, a mere 5 years after opening, due to shrinking enrollments that had been forecast years before. Thanks Mr. Kennedy for my first lesson in demographics: the study of big things that are likely to happen but people don’t worry about too much until it’s too late because they take so long to play out and the costs are so hard to pin down. Kind of like run-on sentences that cannot be easily diagrammed.

Last month the government released its provisional (99.9% complete) report for 2017 births. In case you missed it, no worries. It didn’t dominate the headlines like the tax bill. Here are a few key findings from the “births” report:

A key significance of these trends is seen when also examining life expectancy and deaths. The 2017 “deaths” report is not out yet, but here are some pertinent facts from 2016:

Births could certainly rebound but I worry that this may be increasingly harder to accomplish given that deaths in the prime household formation years are rising sharply. We could sit around in the summer heat squabbling over the inability to fully deduct state and local taxes (grrr!). But until we get a handle on these negative birth-death trends, I think demographics could have a much greater impact on our ability to resume sustained strong economic growth.

The summer heat has started early. Stay hydrated and cool. 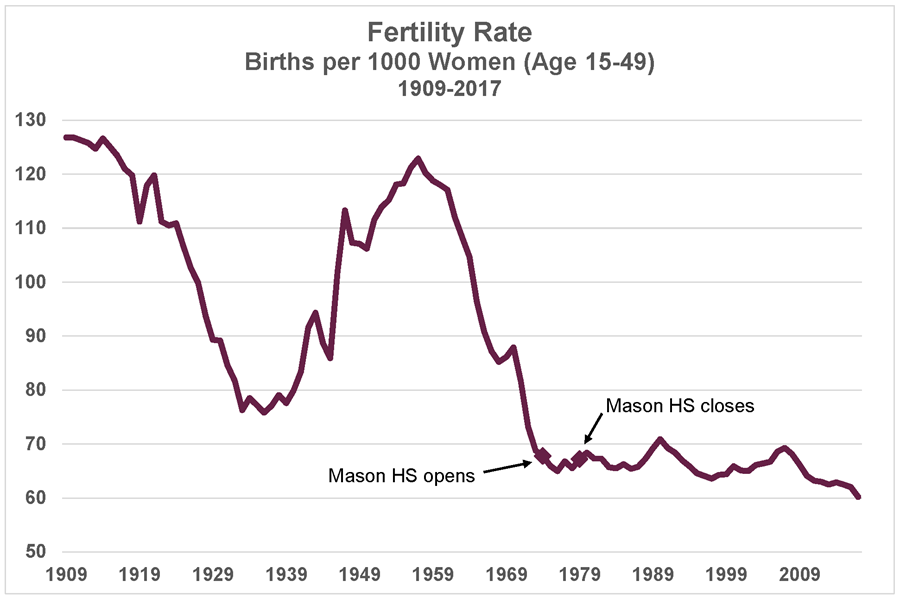 U.S. equities posted positive returns for May. Small- and mid-cap stocks were strongest while real estate equities had a nice bounce after what has been a run of poor returns. International stocks were generally down for the month. Fears surrounding the attempts at forming an Italian government rattled European markets in particular. Fixed income investments posted positive returns for the month due to a slight decline in intermediate- and long-term rates. 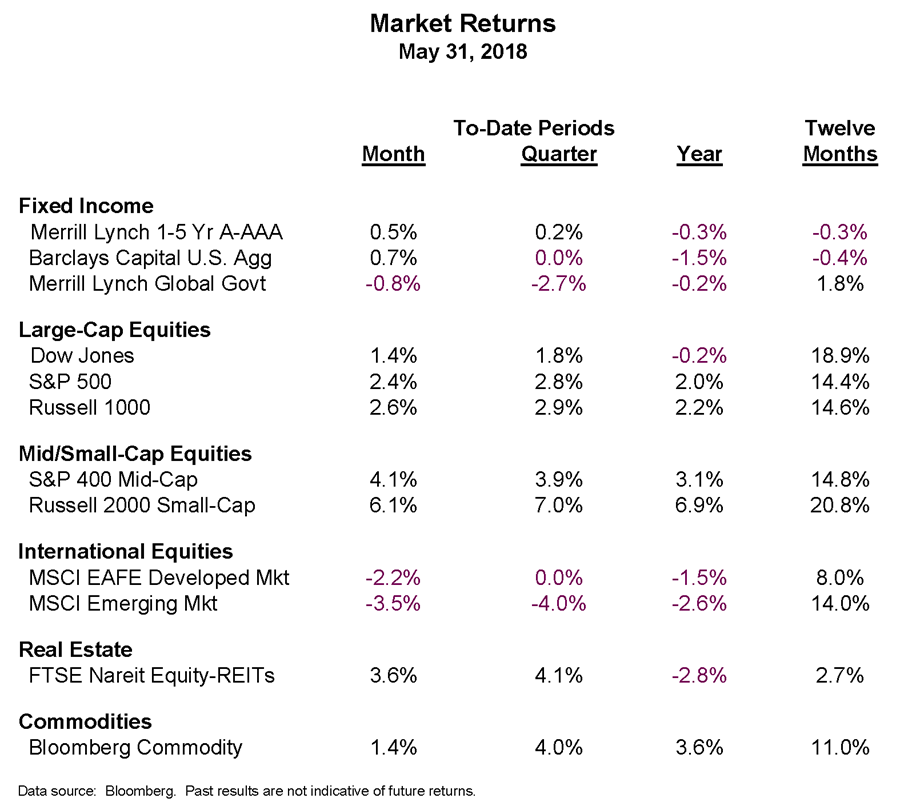