Tariffs And Raisins – Children Pick Up On The Darndest Things

Raisins were not my favorite lunchtime snack as a child, yet they were usually in my lunchbox. I didn’t like the flavor; they were sticky; and you could never get them unstuck from the bottom corner of that little red box. However, I had a friend – we’ll call him Clark – who absolutely loved raisins. Clark’s lunchbox was packed with chips, which conveniently happened to be my favorite. We traded most days in the cafeteria. I gave up my raisins without hesitation (sorry, Mom!) and gladly accepted his chips. It was a good trade because we both ended up better off, and it did not cost us anything.

A tariff is a tax on trade activity. It is a tax on goods imported from another country. For example, a 25% tariff on a $1 bag of chips would cause the chips to cost $1.25 to the importer. The extra $0.25 paid would go to the taxing authority, and the producer still receives $1. A “protective tariff” is a tariff applied on foreign goods being imported in order to make domestic production of the same good more competitive. This could be to create a trade advantage or to reduce an existing trade disadvantage. It’s exactly what has been dominating the news over the last few months.

PRIOR U.S. TARIFF ESCALATIONS
Before I dive into the current situation, let’s look at a few notable tariff escalations in this country’s history. The Tariff of 1828, which is usually referred to as the “Tariff of Abominations,” applied a 38% tax on 92% of all goods imported into the United States. By taxing most imported goods, the government hoped to protect the fledgling industrial production of the Northern U.S. However, the Southern states felt the impact of price increases to their imported products, without any of the protectionist benefits. Further, it impacted Southern exports of agricultural products (mainly cotton) since their trading partners were now squeezed by tariffs on their exports. There was significant political tension between John Adams, who signed the bill, and his opponent, Andrew Jackson. Jackson won the presidential election later in 1828, after sweeping the South in defiance against the tariff.
Taxation policy between North and South continued to be an incendiary issue over the next 35 years leading up to the Civil War. After the war, tariffs remained an important revenue generator for the U.S. as it recovered from the Civil War’s economic damage.
In recent history, tariffs have been used to alter consumption and production patterns of Americans. The Smoot-Hawley Tariff Act (officially, Tariff Act of 1930) arose in the industrially productive years following World War I. During the early 20s, U.S. domestic output far exceeded U.S. consumption, and legislators thought that applying a tariff to imported goods would encourage Americans to consume more domestically produced goods. When the economy began to falter after the 1929 Stock Market Crash, the motivation to protect domestic jobs skyrocketed, and the Smoot-Hawley Tariff Act was passed. The timing was unfortunate because the global depression that followed overshadowed any clear benefits of this legislation.

The Smoot-Hawley was reversed when Franklin D. Roosevelt became president and implemented his New Deal policies. Shortly thereafter, Congress passed the Reciprocal Trade Agreement Act of 1934, shifting tariff negotiating power from Congress to the President for tariffs up to 50%. The Smoot-Hawley Tariffs were not fully neutralized until the General Agreement on Tariffs and Trade (GATT) after World War II. Additional tariff acts in the 1960s and 1970s further empowered the executive branch.

TARIFFS FROM AN ECONOMIC PERSPECTIVE
Economically, tariffs are complicated. If free trade already exists between two countries, a tariff on one side will create an imbalance. There will be decreased demand for the particular good and decreased revenue for the country that produces it. If free trade does not presently exist between two countries, tariffs act more like points in a game: there is a persistent quest to even the score. A country with a disadvantaged trade position may actually benefit from applying tariffs in an effort to improve their trade position. For example, a country with a trade deficit (meaning, it imports more than it exports) might find tariffs useful in reducing imports to balance trade.

Unfortunately, tariffs do not always play out the way they are intended. Typically, the importer raises the price of the good being taxed, effectively passing the cost to the end consumer. Sometimes, an exporter will simply look for another country with whom to trade rather than pay a new tariff to a particular country.

Free trade is most efficient for a global economy in a perfect world. In a perfect world, political friction is non-existent so countries can focus on the goods they produce most efficiently. Economists call this “comparative advantage.” Countries can maximize their potential Gross Domestic Product (GDP), which is the cumulative value of what they produce, when they produce the greatest number of goods that they produce most efficiently.
Obviously, this sounds easy in an ideal world, but free trade comes with other indirect costs of its own. International leaders are faced with difficult decisions regarding protecting certain industries (and their employees) and also maximizing their GDP. They must choose between the benefits and costs of promoting certain industries versus overall domestic production and economic health. Much like a coach, they strive for successful outcomes for both players (industries) and team (country), given limited resources and information.

TARIFFS TODAY
The Trump administration has recently applied tariffs on imports from a number of countries, most notably China. In turn, there has been some retaliation from those countries in the form of their own tariffs on U.S. exports to them. As you can see above, in 2017 the United States imported 4-5 times the value of goods from China than we exported to China. We have the largest trade imbalance with China out of all of our trading partners. So, in a sense, the tariffs employed by the current administration do seem logical. The retaliatory tariffs from China (and other countries) are the real concern though, because those may have a greater impact than the tariffs on the consumption and production patterns of Americans.

But what exactly are we importing from China? According to the International Trade Administration, we import computer and electronic products from China more than any other category of product (about 36% of imports). What about exports? Our top export to China is transportation equipment (i.e. vehicles), at about 23% of exports.

Some of the more notable tariffs (imposed by the U.S. or by China in retaliation) have been on electronics, steel, aluminum, and soybeans. While soy may seem like an odd item on the list, it is actually our second largest agricultural export. China imports much of our soybean production (over half), and we export 12 times as much soybean value to China as we do the next highest grain.

SO, WHAT DOES ALL OF THIS MEAN FOR YOU?
You will probably see some price increases on a number of different products over the coming months. Stocks of certain domestic producers will benefit and domestic users of imports will feel some pain. The more important impact will be on the economy domestically and globally, and that impact will depend on how long this trade conflict continues. Could it push us in to recession? Perhaps. Could it accomplish its goal and promote years of improved U.S. growth? Perhaps. Could it change the way we trade for decades? Probably. Will we feel some sort of impact years from now? Most likely.

While the current tariff situation is certainly important, this too shall pass. Stay the course, weather the storm, and pack chips instead of raisins. 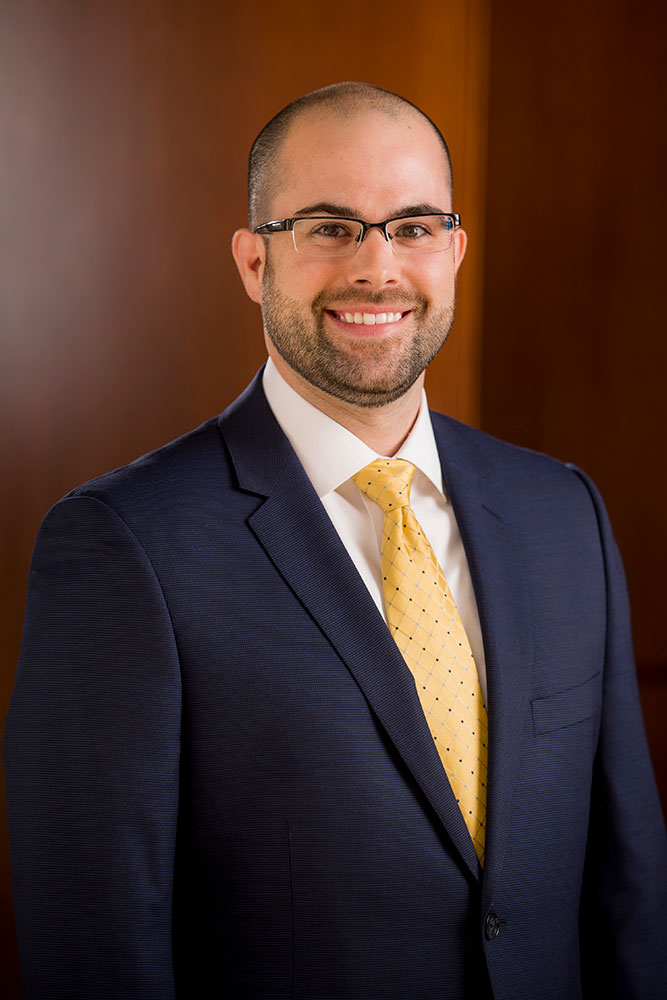