The only thing we know about the future is that it will be different.

We are experiencing an unprecedented reality as a result of COVID-19. Thousands have died. Social distancing, sheltering in place and a host of other measures to curtail the spread of the virus have radically transformed workplaces and homes across the globe. The changes are occurring at a dizzying pace, with little time for anyone to adjust to the harsh new reality.

The reaction in the financial markets has been equally abrupt and painful. The longest bull market in history—lasting just over 11 years—unceremoniously collapsed on March 12, when the S&P 500 closed down 27% below its February peak. Thus, the longest expansion ended with the fastest decline, taking a mere 16 trading days to decline 20% or more, which is the traditional definition of a bear market.

At historic moments like this, the future looks uncertain at best, and dire at worst. No one can foretell precisely how or when the current crisis will be over.

But here is a bold prediction: it will eventually be resolved. Rather than focusing on the uncertainty of when the storm will be over, the best response as an investor is to control your own behavior until it does.

Many investors, our firm included, had long expected a pullback. Admittedly, this forecast required little imagination: bear markets historically occurred every six years, yet the market had been grinding higher for over a decade. Furthermore, the stellar 31% returns of 2019 came almost entirely from expansion of the market’s price-to-earnings ratio rather than earnings growth, also suggesting that stocks were primed for a correction. But, as is the case for every bear market, no one could have accurately predicted the catalyst for the sell-off.

WHERE DID THIS STORM COME FROM?

The first, and most obvious, has been the worldwide spread of the novel coronavirus. At this point, a virus-induced recession seems all but certain, with many early economic indicators reflecting this possibility. An important indicator is unemployment claims, which skyrocketed in late March, signaling extremely high unemployment is already affecting the economy. In addition, retail and food service sales were negative in February, and that was at a time before most people had even heard of the term “social distancing.”

Secondly, after Saudi Arabia could not reach an agreement with Russia and other OPEC countries, it announced the Saudi Kingdom would lower the price it charges for oil in key markets by 20% or more. In order to support this action, it would increase production — at a time when global demand continued to plummet. On the day of Saudi Arabia’s announcement, oil prices declined roughly 25% and, in turn, U.S. equities continued their decline.

WHERE IS IT TAKING US?

As of this writing, COVID-19 continues to spread all over the world. Forced business closures and self-quarantine measures have likely tipped the U.S. into a recession, but the depth and breadth of the slowdown are still unclear.

Oil prices will probably remain low for the foreseeable future, as the Saudis appear committed to their new strategy as a means to drive marginal U.S. producers to shut down their wells. These two factors will likely lead to continued volatility in the equity markets for a while longer.

MEASURES TO CONTAIN THE TURMOIL

In response to the stock market decline and the significant slowdown in consumer spending, the Federal Reserve (the Fed) has cut the target for Fed Funds to a range of 0.0% to 0.25%. These monetary actions should certainly help stimulate the economy, but they left the Fed with few levers to pull going forward.

Using one of those remaining levers, the Fed has committed to massive—and unlimited—purchases of bonds to provide liquidity to the credit markets. Fed Chair Jerome Powell said in late March, “we will not run out of ammunition,” implying even more bond purchases are likely.

Fiscal stimulus (aka federal spending and tax cuts) came quickly in the form of a $2.2 trillion stimulus bill that was passed in late March. The Coronavirus, Aid, Relief and Economic Security (CARES) Act includes financial relief for corporations, cash payments and delayed tax filing for individuals, and increases in unemployment benefits.

Also included is increased spending on healthcare programs and federal departments that are dealing directly with the virus outbreak. This legislation worked its way through Congress very quickly, as the government came to grips with the seriousness of the situation.

Thankfully, the U.S. financial system appears significantly stronger and better capitalized going into this bear market than in the past. In 2008, many previously solid banks and investment firms teetered on the verge of bankruptcy, with Lehman Brothers and Bear Stearns and many others companies ultimately failing. There were also several moments when markets were not functioning properly.

Due to the paralysis in the markets, bonds were thinly traded and companies with good balance sheets could not find buyers for their commercial paper and other short-term bonds at reasonable rates. This time around, banks are on solid footing and markets have (so far) been able to handle the daily swings in prices and volume.

There have been eight bear markets since World War II. The worst bear market was the 57% decline during the 2007 – 2009 financial crisis, which lasted 17 months; the shortest was only three months. The average bear market has declined by 33% and lasted 14 months.

Where our current decline fits into history has yet to be determined. An analysis of previous bear markets shows that stock prices are higher one year later almost three out of four times.

Bear markets are painful, but history shows that markets do rise over the long term.

HOW TO NAVIGATE THE CURRENT STORM?

Most of our clients have a meaningful allocation to bonds in their accounts. This has been an important shock absorber that helped portfolios maintain some of their value.

The decline in interest rates has driven increases in bond prices, leading to strong total-return numbers for client fixed income portfolios over the last few years.

Bonds have not gone up nearly as much as stocks have gone down, but the fixed income portion of a balanced portfolio has provided the dampening effect that we expect when the stock market declines.

YOU CAN’T CONTROL THE PANDEMIC NOR THE STOCK MARKETS. WHAT CAN YOU CONTROL?

Avoid checking the market value of your account on a daily basis. This can significantly increase your stress level during this volatile period. Furthermore, studies show that investors who review their investments frequently earn lower returns than those who don’t.

Please know that we are here for you: to manage your assets, to analyze what we see in the markets and, most importantly, to make sure you are comfortable with how your portfolio is structured to achieve your long-term objectives.

Thank you for your continued confidence in Trust Company of Oklahoma. Please call us if we may be of service to you in any way possible. 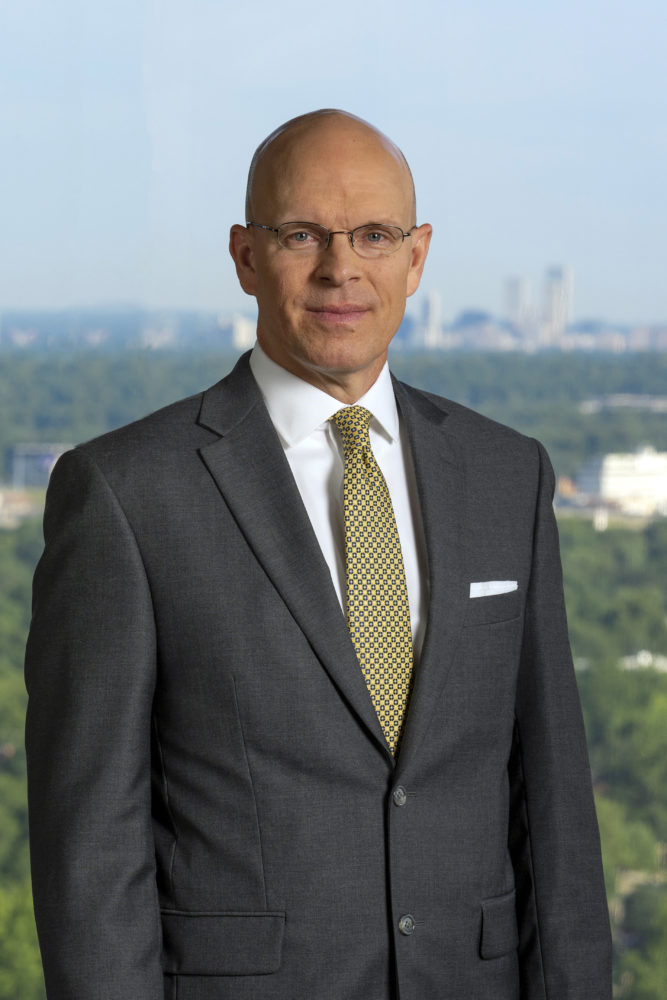 The End of the Stretch IRA