Technology has weaved its way into almost every facet of our daily lives, from the way we interact with friends and family (e.g. Facebook, Instagram, Snapchat), to consume media (e.g. Netflix, YouTube, podcasts), or work (soft-ware galore), or even monitor our personal health (e.g. Fitbit, Apple Watch). And, of course, there are the beloved/hated Presidential tweets (that’s all I will say on that). Even my barber now uses a customer relationship management (CRM) software program to automatically confirm appointments via text message.

We see headlines every day about new technologies that may take over other aspects of our lives, including self-driving cars, robotic manufacturing and virtual reality, to name a few. Soon, we’ll be able to travel around the world or enjoy a birds-eye view above the field at the OU vs. OSU football game just by putting on a virtual reality headset.

Investment performance of the technology sector has been remarkable, compounding at a 23% annualized rate for the nine years from the U.S. market index bottom on March 9, 2009, com-pared to a 19% compound annual return for the S&P 500 index. This adds up to a total return of approximately 548% over these nine years for the technology sector vs. 372% for the S&P 500 – a huge differential.

But haven’t investors seen this (scary) movie before, in the tech boom heyday of the late 1990s/early 2000s? One recent dramatic news headline declared: “Tech Stocks Are Flashing a Warning Sign Similar To Before The Dotcom Bubble Popped.”

Have Technology Stocks Run Too Far, Too Fast?

grow revenue 10% in 2018 vs. 6% growth for the S&P 500 as a whole. Furthermore, technology is the only one of the 11 corporate sectors with net cash (total cash minus total debt) on their collective balance sheets, as opposed to net debt for all other sectors. While using a simple P/E valuation ratio may cause the sector to look more expensive than the market as a whole, adjusting valuation metrics for their virtuous savings habit shows the technology sec-tor’s free cash-flow yield of 4% is in-line with the overall market, but with a better growth outlook. All in, this looks pretty appealing.

However, technology does not march steadily forward in a nice, straight line, exemplified by Facebook’s recent troubles over the misuse of users’ personal data and the subsequent Federal Trade Commission investigation. Similarly, the sad news of a woman’s death in Arizona after being struck by a self-driving Uber car shows that we as a society have both ethical dilemmas and technology kinks to address along the way before reaching a technology-infused utopia. While it is difficult to handicap future regulatory actions (and their consequences) to specific companies such as Facebook or Google due to their allegedly “nefarious” dominance of the online advertising market, a much more important question begs to be ad-dressed: What exactly is the technology sector? 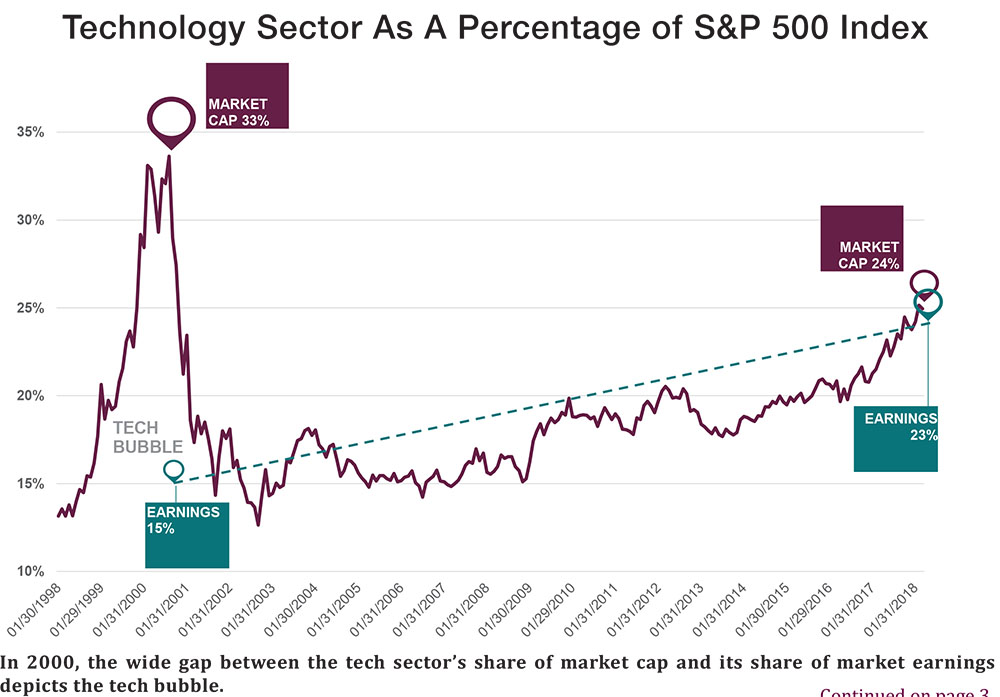 Tech at Work and Play

While the five aforementioned largest companies all have technology prowess as a common trait, the value each creates, and thus their respective revenue, profits and stock valuations, are all derived differently for each company. For example, people use Apple iPhones and other devices mostly for communication in the forms of talk, text and emails, but also for entertainment from apps, news, music, videos, photos, social networking, etc. Many people also use the devices for productivity as well, such as shopping or booking travel. For the most part, Apple monetizes the value of its devices through hardware sales of the devices themselves. See the table below for a summary of each of the five companies’ primary customer value proposition and end market from which sales are derived.

If these five generation-defining technology companies all derive their value from mostly different sources, then maybe the technology sector needs a new definition. As time marches Google Advertising on, our economy adapts  and technology becomes more important to both our personal and professional lives, technology as a sector is becoming a less relevant framework for investors. Consider two other companies, both Dow 30 Index components, and how important technology has become to the business model of each. J.P Morgan, a bank, recently revealed that its 2018 technology budget is more than $10 billion. A bank. That’s a lot of money!

Another company, Boeing, the maker of large commercial airplanes such as the 737, is experimenting with fully-autonomous commercial flights from takeoff to landing, not just autopilot while easily cruising above the clouds. Maybe these two traditionally non-technology companies, at their core, are much more technology-focused than one would think at first glance.

Later this year, the stodgy telecommunications sector, which today consists mostly of AT&T and Verizon and comprises a measly 2% of the S&P 500 market capitalization, will morph into a new “communication services” sector. Along with AT&T and Verizon, this sector will include Alphabet (aka Google), Facebook, Disney, Netflix, Comcast and Electronic Arts, among others. This sector will be approximately 10% weight of the S&P 500, with Alphabet and Facebook alone accounting for nearly half of this. Technology is morphing before our eyes. Considering where most of these companies derive their revenue, this new sector will essentially be a “consumer entertainment” sector, dominated by companies that excel at technology.

Before this sector’s change was ever contemplated, we at TCO look for the qualitative traits of good technology companies – a drive to create the future, a superior product or service that enables market share gains, healthy margins and return on investment. In general, we look for a business philosophy of continuous improvement and long-term value creation via investment. We try to avoid companies resting on  their laurels and/or pursuing short-term gains.

We do this in balance with our valuation discipline to avoid chasing fads or recent out-performance of “hot” technology stocks. These stocks might reverse performance if the business fundamentals don’t pan out as hoped.

Going forward, given the outperformance (both fundamental and market) of the technology sector, we believe it’s more important than ever for investors to consider a company’s technology philosophy of long-term investment, growth via new products and services, and for-ward-thinking corporate culture rather than just the as-signed sector. This, along with the discipline of traditional metrics – such as revenue growth, gross margin and financial leverage – should lead to successful investments in the future, regardless of the waxing and waning of in-vestment performance of particular sectors over time. 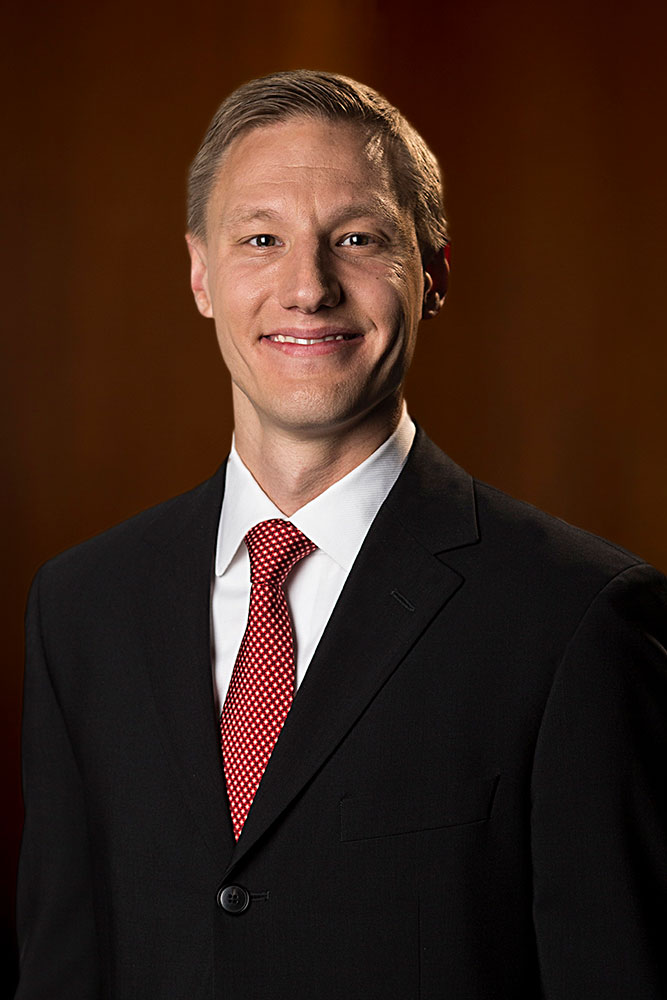 Market Observations – May 2018
Scroll to top