Late last year, Bitcoin eclipsed its prior bull market high set in 2017 of around $20,000 per coin.  Its remarkable run has continued into 2021, recently reaching over $1 trillion in total market value.

Bitcoin’s rapid price appreciation over the past several months has been different from prior episodes.  This time around, it has received the implicit “blessing” from well-known people and investors, including not only Elon Musk but even stodgy institutional investors such as Mass Mutual Life Insurance Company.

While not yet mainstream, Bitcoin has become easier than ever for ordinary people to transact, via Cash App and PayPal, for example. It has also become more institutionalized, with several U.S. banks receiving licenses to hold and transact the digital coin on the Bitcoin network.

Bitcoin is more than “Digital Gold”

Bitcoin is often referred to as ‘digital gold,’ which is fairly accurate. Similar to gold, it is an asset that acts as a store of value.  But it is different in that it can be transferred to another person digitally, over a network.  Also unlike gold, it lacks any kind of intrinsic value.

Bitcoin is undoubtedly polarizing. Whether because of its libertarian roots and ideals or its inherently abstract nature, Bitcoin is difficult to wrap one’s head around. At a minimum, Bitcoin is entertaining.  Truly, it is fascinating.

While digital gold is an apt description, a more thorough way to consider Bitcoin is this: decentralized scarcity. Let’s break down each of these two terms.

What makes Bitcoin unique is that it is a peer-to-peer system of sending money (i.e. value) via software by distributed consensus. A network of computers, each called nodes, connect to one another and operate the Bitcoin software by enforcing an agreed-upon (consensus) set of rules known as the Bitcoin consensus rules.

Because this network of computers and the rules they follow in concert are where the record of Bitcoin transactions and ownership are stored, no single person or organization controls it. This database of transactions and ownership, known as the ledger (similar to an accounting ledger), is replicated on thousands of computers around the world, all running the same Bitcoin software. Thus, it’s decentralized.

This stands in sharp contrast to almost all other financial institutions throughout history.  Typically, a single organization, such as a bank custodian or the Visa network, verifies monetary transactions and keeps a record of who owns which asset.

This decentralized nature of Bitcoin is abstract. In order for a Bitcoin transaction to be accepted as legitimate, a consensus must be formed by all users on the network that a given transaction is legitimate. If not, the transaction is rejected. This is difficult to do, but possible through the set of incentives and the cryptographic technology on which Bitcoin is built. Nodes on the Bitcoin network represent the interests of Bitcoin holders, whose job it is to protect the value of their assets. This is similar to how a bank or custodian safeguards assets. These nodes typically have a vested monetary interest (i.e. their own Bitcoin holdings) to ensure that the network functions securely and properly.

If any rogue operator on the network tried to disrupt the truthful ledger or operation of the network, the other users would reject these bad actors. Thus, the entire Bitcoin network functions through the social construct and users protecting their own interests. 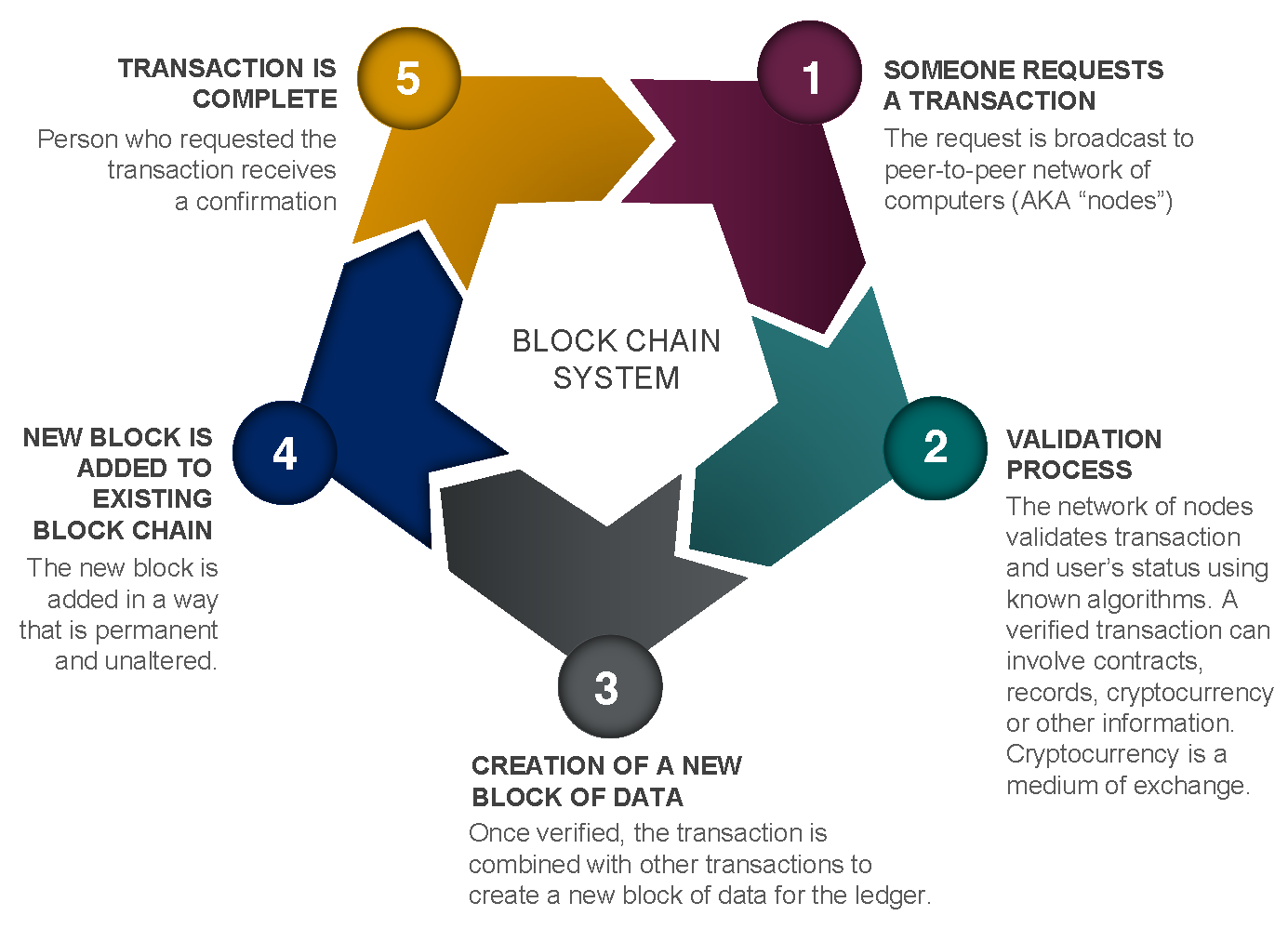 The second important characteristic of Bitcoin is its scarcity. Lots of scarce things in the world are highly valued: the Mona Lisa, the Hope Diamond, and Lebron James, for example. In general, the scarcer something is, the more valuable it becomes. An old college professor of mine had an insightful catch phrase: “Scarcity gets paid.” Essentially, he was referring to something known in mathematics as power-law distributions.

Power law distributions are everywhere. One way to grasp the concept of a power law is the saying, “The rich get richer,” or perhaps more accurately, “The scarce get richer.”

For example, in the National Football League, the scarcest player is an elite quarterback. They’re the biggest difference makers on a football field. Dallas Cowboys quarterback Dak Prescott recently signed a contract making roughly $40 million annually. Meanwhile, Andy Dalton, a respectable but average former starting quarterback who filled in when Prescott was injured in 2020, made only $3 million last year. Even in the NFL, where all players are presumably in the 99.99th percentile of athletes in their sport, the power law is at work. Scarcity gets paid.

Likewise, in the commodity world, gold is orders of magnitude more valuable per ounce than silver, which is in turn orders of magnitude more valuable than copper. This difference stems from their relative scarcity, a function of their relative difficulty to mine. Gold is the most difficult, making it very expensive to mine new supply and is thus considered “hard” money. The “harder” something is to find or create more of, the lower its rate of supply growth (aka inflation) will be and thus more valuable as a store of value. Hence, gold has been used as a store of value for millenia.

What makes Bitcoin unique, relative to other forms of money, is that its rate of supply growth is predetermined and independent of its price, and as a result its rate of inflation perpetually declines. There are currently approximately 18.65 million Bitcoins in existence, and according to the rules of Bitcoin, no more than 21 million will ever exist.  That limit will not be reached until sometime next century.

From July 9, 2016, to May 18, 2020, the rate of Bitcoin supply increased around 4.1% annually (CAGR). Approximately every four years, the amount of Bitcoin rewarded to miners for facilitating transactions reduces by half. Thus, Bitcoin becomes “harder” over time because its new supply decreases. The current inflation rate of Bitcoin has been roughly 1.75% since May 2020, and supply will continue to grow at slightly below this rate for the next three years. This marks a key tipping point because U.S. inflation, as measured by the Consumer Price Index, has averaged 2.0% annually over the last 20 years.

For comparison, the number of U.S. dollars in circulation (known as M2 money stock) has risen by 26% over the last 12 months as both fiscal and monetary stimulus hit high gear in response to the pandemic. Understanding these dynamics in supply growth, one can begin to grasp why the price of Bitcoin has risen rapidly of late, especially relative to U.S. dollars.

Although it’s impossible to predict future U.S. money supply or inflation, one can be confident that it will probably be more than 1% annually for the foreseeable future. In fact, according to the Federal Reserve Bank of St. Louis, as of March 15, 2021, investors expect inflation to be approximately 2.0% annually, looking out five to 10 years.

Technology investors, many of which have probably been driving the price of Bitcoin higher recently, always try to be ahead of the curve. In this situation, ahead of the curve means getting ahead of future U.S. dollar printing and/or the declining future bitcoin supply growth. While some of Bitcoin’s recent price increase can certainly be attributed to pure speculation, there appears to be another factor at play: scarcity is getting paid.

Considering how much of Bitcoin’s recent rise in value is presumably derived from its commodity-like hedge against future Federal Reserve money printing and higher inflation, there is certainly a risk that such inflationary concerns never come to fruition and Bitcoin prices fall as a result.  Keep in mind, Bitcoin does not pay dividends or interest to investors so its investment returns depend entirely on price increases.

Furthermore, even though Bitcoin has recently gained ground with government authorities, the lax regulatory environment it has enjoyed to date may change.  There are increasing calls for greater oversight and taxation.  Recently, the U.S. Financial Crimes Enforcement Network has proposed rules which would require financial institutions to collect information about owners of Bitcoin and other cryptocurrency wallets. If this proposal or other future regulations are enacted, investment in Bitcoin and other cryptocurrencies could be significantly curtailed.

Although Bitcoin has made substantial gains in security and credibility over the past several years, the technology behind it is only 12 years old, and Bitcoin’s future as a virtual commodity is an open question.  For now, we plan on sticking primarily to the more battle-tested world of traditional stocks and bonds.