Passing Down the Family History

Some years back, I met a retired physicist. As I recall, she was north of 80 years old. When she was a young physicist she had worked with Albert Einstein. It was fascinating to hear her talk about her experiences.

Do you know anyone turning 80 next year? If so, they were born in 1940 and have lived a life that witnessed an era of dramatic change. From the start of World War II to the technical revolution encompassing virtually this entire age.

Now, just suppose that when they were born, someone else was turning 80 years old and was there to welcome them into the world in 1940. Maybe the matriarch of the family.

This earlier person would have been born in 1860. As a young child, she could have met Lincoln, and later, Teddy Roosevelt and Albert Einstein. This is just one full lifetime removed from the person you know today who is about to turn 80. She too experienced unprecedented change in our country’s history – our deadliest war and all sorts of upheavals – political, social, scientific and economic.

Let’s continue supposing. As she was being born in 1860, the patriarch of her family was there to greet her, and he was turning 80. He would have been born in 1780, during the Revolutionary War. He could have met George Washington, Thomas Jefferson and the other founders. Living to age 80 at this time was not an impossibility since Jefferson, John Adams and Benjamin Franklin all lived past that age. As an old man, this individual could have also met Lincoln. What an experience to be part of our nation’s birth and rupture.

In the span of only three connected lives, perhaps in one family, we have the collected experience for most of our nation’s history. We are still such a young nation!

But stacking these three possible lives on top of one another makes me realize something more significant than just the passage of time: the importance of passing on experiences and wisdom down through the generations. It’s not just transferring material wealth to the kids and grandkids that we should focus on, but our own personal histories.

You can call these tribal stories or family lore. Yet some of the most treasured family legacies are these stories that are bequeathed to the next generation. All of us can connect the past to the future, whether we are 80 years old or not. Maybe recording our memorable experiences and lessons ought to be a part of periodically updating our estate plans.

To carry this “supposing” a bit further, it would have taken only 2 more 80-year lives to get us back to the first Thanksgiving in 1621. A person born in 1620 could have been there as a very young child. Maybe a Pilgrim or an American Indian. Yes, I know people usually didn’t live that long back then, but Mary Allerton Cushman did. She was the last surviving passenger on the Mayflower when she died in 1699 at the age of 83.

Cheers and I hope everyone had a wonderful Thanksgiving.

U.S. equities rallied strong in November, posting returns of 3-4% for the month. Year-to-date, the S&P 500 has returned nearly 28%. International equities posted much lower gains for the month while fixed income investments were down slightly due to a modest rise in interest rates. 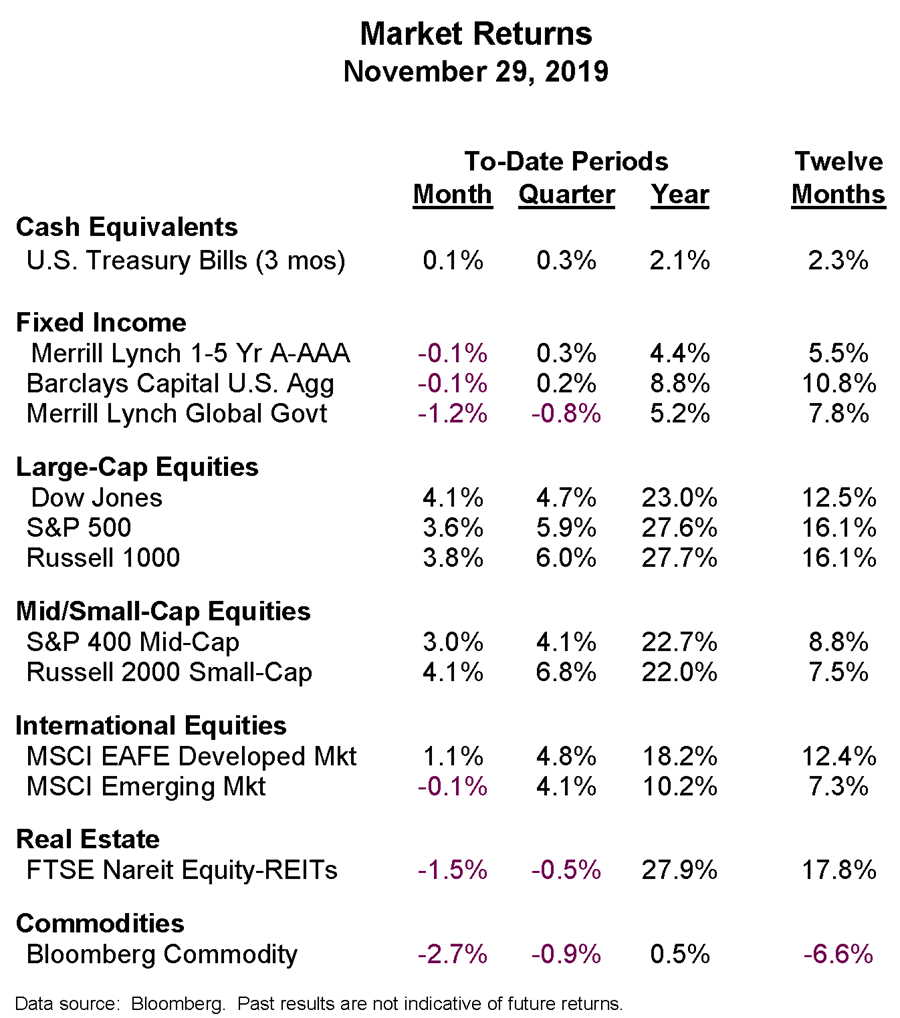 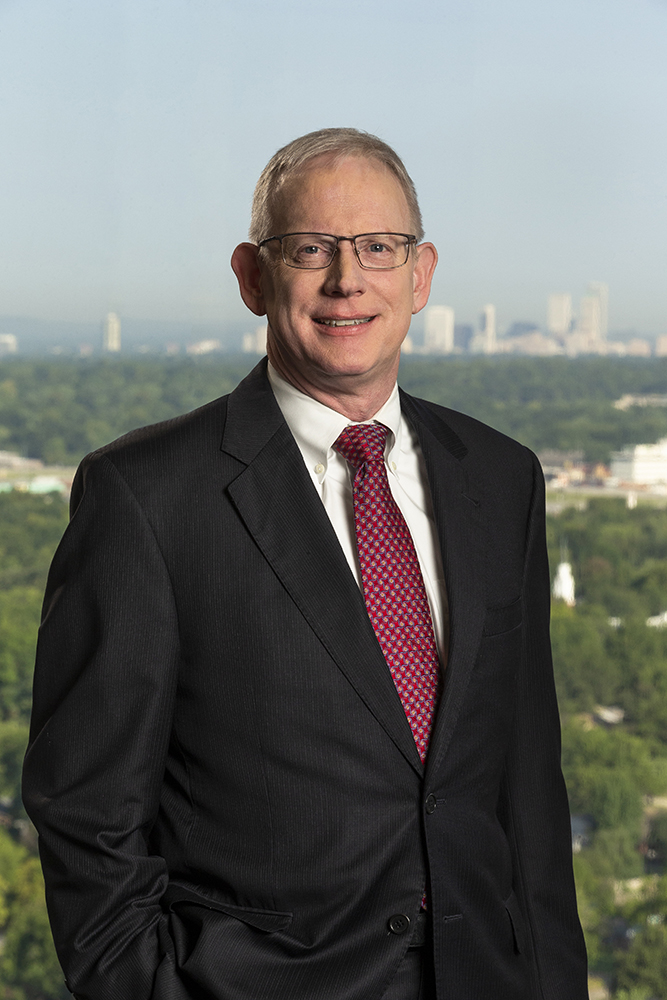 A Christmas Gift to Your Future Self

It’s Cyber Monday for Cyber Criminals, Too
Scroll to top