“There was nowhere to go but everywhere, so just

keep on rolling under the stars.”

On the Road: The Original Scroll

Nestled somewhere on a dusty bookshelf in Bob McCormick’s office rests a sign which reads, “No man is completely worthless; he can always serve as a bad example.” As his retirement approaches at year’s end, Bob jokes that perhaps serving as a bad example has been his ultimate purpose. To paraphrase a hypothetical question he often asks me, “What kind of financial professional retires early, at the peak of his career, just to travel around the country in a van?”

Retirement announcements do not typically appear in the pages of Investment Perspectives. And if Bob had his way, neither would this one. After all, why remind clients of his looming departure? And for everyone else, why not write about financial planning or anything more informative? My simple answer is this: Bob’s retirement is noteworthy because TCO would not be the company it is today without the contributions of Bob McCormick.

Some of Bob’s achievements are obvious. He has been a portfolio manager at TCO for 27 years, and currently serves as the Senior Executive Vice President and COO. Over that time, he has advised countless clients, helping them to manage and preserve their hard-earned wealth. Throughout his career, he also served his community in many capacities: Bob was a founding board member of San Miguel School of Tulsa and an adjunct professor at Oklahoma State University Tulsa. In 2014, Bob was even named one of the “100 for 100” graduates of OSU’s Spears School of Business in honor of the school’s 100th anniversary. Others who were recognized alongside Bob were Senator Tom Coburn and entertainer Garth Brooks.

Undoubtedly, any honest discussion of Bob’s legacy should include all of these feats. But next year, when he is out on the open road exploring North America, none of this is what will come to mind when I think about Bob.

Instead, I will remember Bob’s genuine humility. I will remember how his articles always began with the salutation, “Folks, …” I will remember how, at the outset of my career at TCO, Bob pushed my toddler up and down the halls of the office in a box, performing a move he called “The Screaming Eagle.” And I will remember that, even when he was the smartest person in the room (which was most of the time), he encouraged his younger colleagues to speak up, so that they too could have their moment to shine.

I will also remember Bob’s insistence on superior customer service. He has repeatedly claimed that the real mission statement of Trust Company of Oklahoma should be to provide kickass service to our clients, regardless of what the more politically correct version of that mission statement might actually say. I will remember the various times a question arose about the right course of action, and Bob responded, “Which way will benefit the client? Whatever it is, do that.”

I will remember how unabashedly he has embraced his uniqueness (and how he encouraged others to do the same). I will remember how one Friday, March 13, he arranged a company-wide pie competition in celebration of the mathematical symbol Pi (the first digits of which are 3.14). To explain to our colleagues why the event was occurring a day earlier than the actual Pi Day of March 14, Bob wrote and performed “It’s Pi O’Clock Somewhere,” his parody of Jimmy Buffet’s iconic “It’s Five O’Clock Somewhere.”

I will remember that he had me push him on a rolling office chair into a room full of TCO employees as he impersonated Elton John (while wearing a blonde wig, air playing a keyboard and lip synching Rocket Man) on our firm’s 35th anniversary party.

Most importantly, I will remember how Bob was a true mentor, not only to me, but to countless others at TCO; the never-ending line of people outside his door most days is proof of how much everyone values his guidance. Ultimately, Bob’s greatest legacy is the tremendous professionals he hired and developed. Inspired by his passion and work ethics, we will all continue to work in our clients’ best interest. I’m sure there is much more about Bob I will remember, the true extent of which may take years for me to realize.

Bob, as that sign in your office states, you are not completely worthless after all—and you have never been a bad example. Godspeed on your journey. 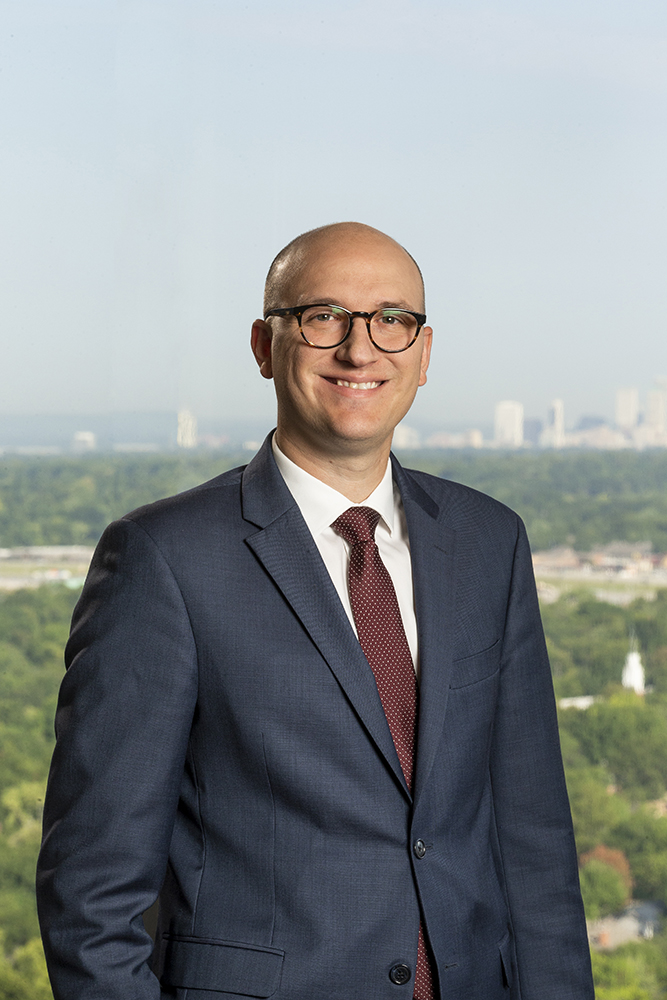 Where There’s a Will…

ViewPoint – Great News About Our Professional Team
Scroll to top