A decade since inception and six months since their price meltdown, cryptocurrencies have yet to deliver on the promise to replace the currencies issued by central banks. Despite this, the interest in cryptocurrencies by businesses and consumers has only intensified. We invited Senior Vice President Michael Abboud to talk to us about the cryptocurrencies bubble and their future.

INVESTMENT PERSPECTIVES: Michael, let’s start with the basics: What exactly is a cryptocurrency?

MICHAEL ABBOUD: A cryptocurrency, such as Bitcoin, is a digital currency – merely bits of data on a computer network. Unlike the cash balance in your checking account, there is no physical object like a coin or dollar bill to which it is automatically equivalent. The currency gets its “crypto” name because it uses strong cryptography techniques. These techniques make it virtually impossible for a hacker to break through the computer algorithms and counterfeit more cryptocurrency.

IP: There are other cryptocurrencies. Why is Bitcoin the most popular?

MA: The idea of digital currency – convenient and untraceable, liberated from the oversight of governments and banks – has been around since the beginning of the internet. Numerous attempts to create a digital currency, however, failed due to the problems of double spending and lack of a trusted third party administrator. The reason is simple: since a digital currency is merely bits of data, how could someone be prevented from simply copying and pasting it
(like a portion of text) and then spending it as many times as they want? How could theft be prevented by the trusted third party? These questions were answered in 2008, when an entity, using the alias Satoshi Nakamoto, released a whitepaper describing a new digital currency network, Bitcoin. Nakamoto described it as an electronic cash system that uses a peer-to-peer network to prevent double-spending, a system completely decentralized. The innovative step to employ the use of peer-to-peer networking (a number of computers configured to share files and processing power with one another) made the advent of digital currency finally possible. In this digital currency system, Nakamoto replaced a traditional centralized third party control source with one that was de-centralized and publicly available using a technology he called “blockchain”.

IP: How does the block chain work?

MA: In this system, computers keep track of all transactions and currency account balances in a “digital ledger” by recording each piece of information as a block of information. Then they attach it to other blocks forming the block chain of information (see chart below). The computers solve cryptographic equations to add a block to the chain, that once added becomes irreversible and impossible to hack. The computers in the network (known as “miners” since they “mine” information) are in turn rewarded with bitcoin as compensation. The amount of bitcoin each miner is awarded is also designed to decrease over time so that the currency will reach its predetermined limit of 21 million bitcoins by 2140, and thus – theoretically – avoiding hyperinflation. IP: We assume a currency is something with which we can buy things. Can Bitcoin let me do that?

MA: Right now, it is very limited. In fact, the cryptocurrency is accepted by very few sellers. Transactions take about an hour to verify, and they consume massive amounts of electricity. It currently takes as much electricity to produce one bitcoin as the average U.S. household consumes in two years. The amount of electricity necessary to mine bitcoins is equivalent to Switzerland’s annual energy consumption. It appears that the quest for Nakamoto’s decentralized administration with Bitcoin has created a potential environmental disaster. Based on our current technology, the internet would come to a halt if all digital retail transactions were replaced by bitcoin. Bitcoin’s associated information load would simply overwhelm the internet.

IP: Should we view cryptocurrencies as potential investments even if they don’t satisfy all the requirements of a traditional currency?

MA: Contrary to what Bitcoin advocates claim, it has proven to not be a good means of payment, store of value, or even an entity in itself. As it relates to store of value, extreme price volatility and ongoing hacks of cryptocurrency exchanges have worked against the currency. However, Bitcoin as an entity in itself is this digital currency’s most perplexing claim because Bitcoin has zero intrinsic value, i.e. no actual asset or taxing power backs the value of Bitcoin. Because of this, the fundamental price of Bitcoin comes down to transactional demand relative to supply. Today, transactional demand is quite limited.

IP: Would you outline Bitcoin’s rise to popularity?

MA: Speculative financial bubbles generally follow the same storyline, beginning with innovation and enthusiastic adoption, eventually followed by rampant speculation, and ultimately fraudulent behavior. Bitcoin was conceived during the 2008-09 financial crisis, so it capitalized on the public distrust of banking systems and contempt of government intervention. This cryptocurrency gained viral attraction in the summer of 2009 and gradually rose in value. Its price began to increase rapidly when it gained media attention. A spring 2010 Forbes story on Bitcoin caused the price of one bitcoin to spike from US$0.86 to $9. Later that year, a Gawker piece on the currency’s popularity among drug dealers spurred the price to more than triple in a week to US$27. Suddenly, the market value of all bitcoins in circulation was approaching US$130 million. With serious money now at stake, people began to see it as a commodity in which to speculate and investors flocked to Bitcoin. Between early 2009 and early 2017, the dollar price of Bitcoin increased to $1,150. During the next nine months, it began to rise exponentially in value, achieving a peak price of US$19,511 in December, 2017. Over that eight-year span, Bitcoin’s return was close to 1,600%!

IP: If Bitcoin is protected by strong cryptographic techniques, how did it get hacked and manipulated?

MA: Though the code and idea of Bitcoin remained impregnable, the bitcoins themselves still had to be stored somewhere, and this is where hackers concentrated their efforts. Bitcoin users have digital wallets, which are stored on online exchanges. Ironically, even though Bitcoin might have been decentralized, Bitcoin holders had to trust these centralized third-party exchanges to house their bitcoins. Even the most radical libertarian would be hard-pressed to argue that these exchanges were safer than FDIC insured banks. For example, in June 2011, the Bitcoin exchange Mt. Gox, which handled 90% of all Bitcoin transactions, was hacked. After the dust settled, the price of Bitcoin declined in value and the Bitcoin community’s confidence was shaken. Mt. Gox would later claim bankruptcy in 2013 after a mysterious hack of the exchange wiped out US$450 million from client accounts. In addition, a report published recently by professor of finance at the University of Texas John Griffin indicates that the exchange Bitfinex artificially inflated the price of Bitcoin in 2017.

MA: Prior to December 17, 2017 it was extremely difficult to make bets against the price of Bitcoin for two main reasons: no derivative market existed to do so and about 40% of all bitcoins were held by approximately 1,000 users. These holders often coordinated their buys and sells of Bitcoin, and could easily fend off bets on the decline in price of Bitcoin. All that changed when futures for Bitcoin started trading on the Chicago Mercantile Exchange (CME). Bitcoin pessimists could now bet on the price of Bitcoin declining by selling a promise to deliver Bitcoin at some point in the future at a lower price than the current market price. As short selling pressure continued to build, Bitcoin’s price eventually bottomed at the same price it currently trades – around US$6,400, declining some 66% from its all-time US$19,511 high. Currently, the market capitalization of all 1,629 cryptocurrencies is US$259 billion, with Bitcoin at roughly 40% of that (US$110 billion). To put that into perspective, the market capitalization of all cryptocurrencies combined is a few billion greater than Intel Corporation’s stock market capitalization of US$232 billion.

IP: What’s your outlook for cryptocurrencies?

MA: Even the purest technology has to live in an impure world. Nakamoto’s idea of Bitcoin was fool proof, but the practical execution of the idea has not been. The decade-long journey of Bitcoin has proved that it is difficult to use, obtain, and create. And, in what rational universe could one write electronic scrip and, out of thin air, create billions of dollars of value worth more than Intel? Something just does not sit well here. There is an exhibition at the British Museum (Room 68) that displays stones, shells, countless coins, and other objects. These are tangible, historical examples of currencies that have failed due to lack of trust in their value. While cryptocurrencies may not work as money, their legacy is contingent upon future applications of their underlying block chain technology. The value of this technology is derived from the simplification of administrative processes related to complex financial transactions.

IP: Could we apply block chain to anything else?

MA: Yes. For example, using this technology, cryptopayments may be transacted using legitimate sovereign currencies for cross-border payments, where the cost and speed of execution are superior to traditional payment networks. Countless other applications built upon block chain technology will emerge, but at some point, cryptocurrencies will join the failed currency ranks in the British Museum as market participants realize these currencies have no intrinsic value and, in turn, their demand gradually wains. 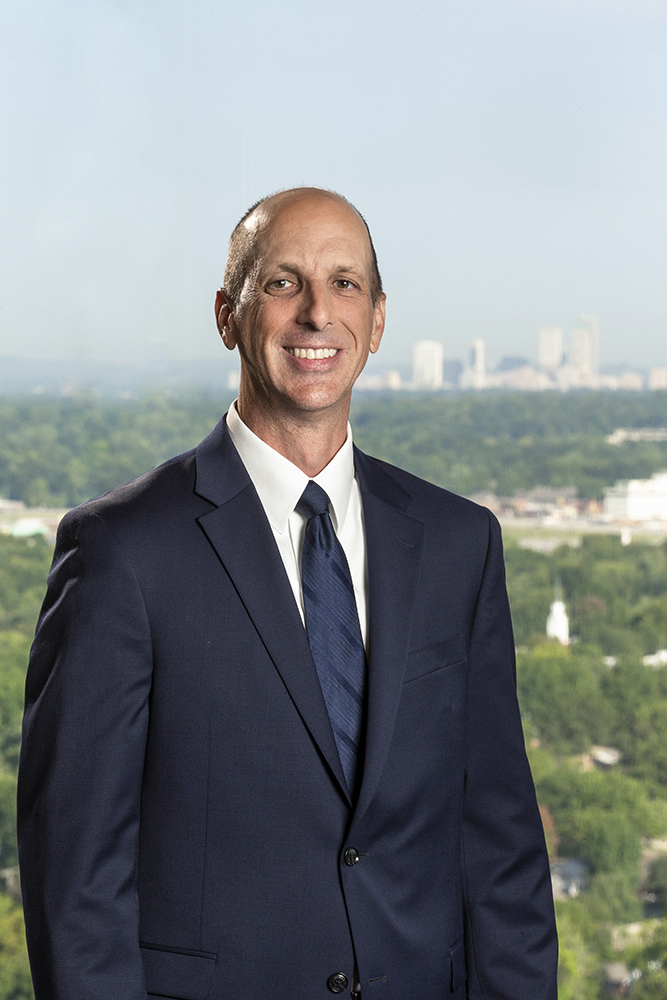 Tax Reform: How It Affects You