My mother-in-law recently received a solicitation to lease her mineral rights. She was taken aback for two reasons: She wasn’t aware that her mother’s estate held mineral interests, and she had no experience evaluating a lease offer from an obscure oil company. To help her, I immediately took the offer to oil and gas professionals.

It gave me peace of mind to know the Oil and Gas division was already familiar with the leasing activity in the region and had previously negotiated the terms of several lease agreements there. They advised me to make a counteroffer, one that was so much larger than the original that I was slightly embarrassed to even propose it. Shockingly, the landman accepted our counter but asked that we never publicize the details of what we had negotiated. My mother-in-law received her check and was overjoyed with the result. It was the perfect application of the old phrase, “Knowledge is power.”

Energy is an integral part of Oklahoma’s past, and it remains vital to our economic future. While Oklahoma’s oil production has waned over the decades, our state’s natural gas production has only ramped up, placing us among the top five producers in the United States. The result of this success has been prosperity, employment and tax revenue. For fiscal year 2020, Oklahoma’s gross production taxes from all fossil fuels were $784 million, representing the third-largest tax revenue source behind personal income and sales tax. The numbers for 2021 have not yet been released, but they are expected to exceed $1 billion.

Over the past year across the 17,000 oil and gas assets managed by TCO, we have seen a 35% average increase in income produced by those assets. Looking to the year ahead, several major investment houses have forecast an increase in the price of oil, thanks to a projected increase in global demand combined with limited supply. If these forecasts prove accurate, we would expect to see the same level of oil and gas income in 2022 as this past year, with the possibility of an increase.

As with many things in life, seeking the help of professionals often pays dividends. In my mother-in-law’s case, it gave her a larger check and peace of mind. If you find yourself in a similar situation, arm yourself with knowledge by talking to the professionals at TCO. 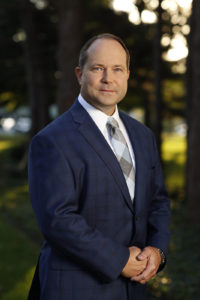