How the proposed law could change retirement savings

In December 2019, the Setting Every Community Up for Retirement Enhancement (SECURE) Act became the law of the land. As we have described in prior newsletter articles, SECURE made significant changes to the rules governing the retirement savings landscape. While many of the law’s features worked to expand access to savings vehicles for workers, the most noteworthy changes affected the Required Minimum Distribution (RMD) rules for retirement accounts. Only two years later, Congress has returned to the retirement well in another bipartisan effort called the Securing a Strong Retirement Act, colloquially known as SECURE Act 2.0.

In March, the House of Representatives passed the SECURE Act 2.0 by a vote of 414–5. With the Senate set to consider the bill in the fall, SECURE 2.0 now appears likely to find itself under the President’s pen in late 2022. In its current form, the proposed bill builds on the effort to expand access and savings opportunities for workers. While these changes are valuable, this article will focus on two proposed changes that will primarily affect retirees and those approaching retirement: RMD rules and catch-up contributions.

Since the late 1980s, IRA owners have been allowed to defer distributions from their IRA until reaching the applicable RMD age. Once that age is reached, the IRA owner must withdraw a certain percentage from their IRA each year based on life expectancy. Prior to 2020, retirees were forced to begin RMDs after reaching age 70 and a half. Starting in 2020, SECURE pushed the applicable starting age for RMDs to age 72.

SECURE 2.0 would once again delay the onset of RMDs. Gradually over the span of ten years, the act would ultimately push the age at which RMDs begin to age 75. Why would Congress take this approach? Longevity risk — the risk of outliving your savings — is one of the primary challenges for retirees. In delaying the onset of RMDs, Congress has clearly recognized that longer life expectancies are expected to put pressure on retirees’ ability to sustain their retirement goals in the coming years.

Of course, nothing in the proposal prevents eligible distributions from retirement plan accounts prior to the applicable RMD age. Simply, the new law would give retirees a few additional years of flexibility in deciding how to spend their assets — whether from their taxable accounts or tax-deferred accounts — and to consider optimization techniques, like Roth conversions.

How catch-up contribution changes could affect your 401(k)

While there is still time for Congress to alter or even scrap these proposals, it appears likely that some version of SECURE 2.0 will take effect in 2023. To the extent that SECURE 2.0 becomes law, we will review the final version in future articles. In the meantime, the best retirement planning advice is still to save as early as you can and as often as you can. 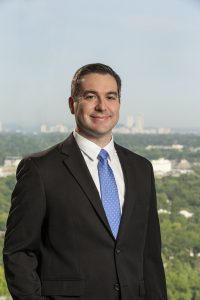 Why you might be charged higher Medicare Premiums during retirement

U.S. stock market forecast ahead of the 2022 midterm elections
Scroll to top