They Want To Take Away Your Burgers – Bob’s Market Observations

They Want To Take Away Your Burgers – Bob’s Market Observations

“They want to take away your hamburgers.” So declared a recent headline.

The underlying story challenges the assertion that cow flatulence is bad because it contributes to global warming. However, to be accurate, it’s the belching of methane gas by cows that is much more harmful to the atmosphere. That’s all I have to say about a bovine’s bodily functions.

While I think hamburgers will still be on the menu 100 years from now regardless of what they want, the scope of the environmental debate is illustrated by the fascinating graphic below. It is based on analysis from Bloomberg that lays out the “footprint” of differing land uses in the lower 48 states. This map lends itself to many observations. I will comment on only one  – cows. The big yellow pastureland in the middle can’t be missed. Nor can the related “Livestock feed” cropland acreage to its right. Both areas are primarily dedicated to feeding cattle. Together, they total over 40% of the U.S., excluding Alaska and Hawaii. That’s equal to the land area of all the states from Colorado to the Pacific Ocean – plus West Virginia!

Granted, much pastureland is of little use other than feeding herds of cattle. And even then, the land can be sparsely populated by cows themselves. But the graph illustrates how much we like our red meat and cheese. There are around 94 million moo’ers if you include dairy cows. That’s a lot of bad table manners.

As a comparison, only 4% of our land, an area slightly less than the size of New Mexico, is used to grow crops for U.S. consumption – “Food we eat.” Cattle need a lot more land (and water) than plants grown for human consumption require. Plants also get bonus points for not smelling like a feedlot.

And those feedlots and other concentrated gatherings of cattle also release a lot of methane from all of the manure piled in lagoons. On the plus side, here is one innovative example of the ag industry coming together with the auto industry and others to address this noxious problem.

We are not alone when it comes to how we use our land. This National Geographic map lays out the competing demands globally between crops for humans vs. crops for feedstock and fuel (ethanol and biodiesel). It gives me a different perspective on those amber waves of grain rolling past my car window.

I started writing this note not sure where the topic would take me. And I’m not quite sure where to end it. So, I will leave you with a personal burger story.

Several years ago, my wife and I, along with our three children, planned to visit as many local hamburger joints as humanly possible over one summer and vote for the best burger.

Alas, after about the 6th burger in half as many weeks, some family members tired of the effort and we ceased all further consumption and scoring. I personally don’t understand this absence of obsession, but I am sure my doctor would thank my wife and children for calling it quits. Maybe that’s the answer – hamburgers and rib eyes in moderation.

The appetites of us meat lovers combined with the resource-intensive nature of cattle proves the old adage: quantity has a quality all its own. 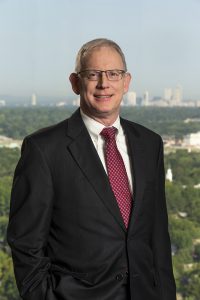 Staying on The Yellow Brick Road
Scroll to top