Photo by iStock.com | Illustration by TCO

On a cold, gray afternoon in November 1912 the Carlisle Indian Industrial School beat the U.S. Military Academy in a game of football. Led by Jim Thorpe, already a sports legend, and coached by Glenn Scoby “Pop” Warner, the game cemented Carlisle as the front-runner for being the best team in the country. It also was the debut of the double-wing formation, designed by Pop Warner specifically for the game against Army.

The Carlisle football team was, in both size and strength, a smaller team. The entire lineup contained only 12 members, none of whom exceeded 170 pounds. What they lacked in size or number, however, they made up for with speed, skill and an innovative playbook.

Army played football like a steamroller. Their players were larger; there were more of them. Their coach, Ernest “Pot” Graves, liked to encourage his team to “carry the fight to the opponent and keep it there all afternoon.”

The double-wing formation allowed Carlisle to increase their opportunity for trick plays. The way the offense approached the field was fresh and proved to be influential. The next day, the New York Times proclaimed that the Carlisle team had played “the most perfect brand of football ever seen in America.” The Carlisle team had a history of creative plays prior to 1912, including the single-wing formation developed by Pop Warner in the 1907 season. However, the win against Army helped drive the game from one that emphasized brute force into one that favored the intellectual capacity of the playbook. In short, the Carlisle Indian Industrial School rewrote the game of football.

The State of Florida similarly rewrote the trust law playbook with the state Supreme Court decision Phipps v. Palm Beach Trust Company, cementing the common law practice of trust decanting as a valid practice. However, decanting became a popular trust technique after a series of states began enacting decanting statutes. Decanting is a way in which a trustee can make a distribution of the assets in the trust from an old trust to a new, substantially similar trust.

This November, the State of Oklahoma will enact a decanting statute that will rewrite our state’s trust law playbook. The statute will allow trustees to refresh trusts that have drafting language that prevent the trustee from accomplishing the goal of the person who created it. Some trusts have lived past the era in which they were drafted and are burdened by a lack of modern drafting language. A trustee might need to sell real property, and the trust might not have a paragraph that allows the sale. The trust might contain tax language that has been rendered inefficient by a more recent tax law.

Up until this point, if a trustee needed to change a trust that was irrevocable, they had to take the trust and the proposed changes to court. As of Nov. 1, a trustee is no longer required to have a trust changed through court action; the trustee can make use of Oklahoma’s new decanting statute.

Jim Thorpe once said of football, “You have to use a lot of creativity out there.” Oklahoma’s new decanting statute allows trustees to use a little creativity to benefit the beneficiaries they serve. 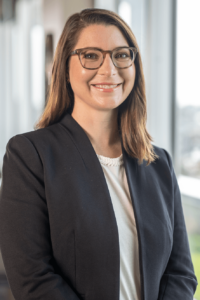 iStock.com/KanawatTHDefending Yourself Against Keyboard Criminals
Scroll to top